Controlled scientific studies now prove for a follow-up period of one year that 95% of the hair could be removed by well performed pulse light treatments.

However, a cross-section of clinical studies also shows that treatments with light energy densities between 35 and 50 joules/cm2 were carried out, depending on skin and hair type. The performance of the treatment device is therefore decisive in determining whether permanent hair removal is possible. PhotoNova PLS3 works with up to 70 Joule/cm2.

The term „permanent“ refers to hair whose germ cells have been definitely destroyed. These can no longer grow back. However, it can never be completely ruled out that, for example, due to hormonal changes in the body, new hairs are formed from sleeping follicles.

WHAT DOES PERMANENT HAIR REMOVAL MEAN?

Unfortunately, this term may be used if hair reappears as normal up to three months later. In the USA, a distinction is made between „photo-waxing“, comparable to the effect of epilation with wax, temporary and permanent hair removal, depending on the performance of the equipment.

WHAT IS THE CONSEQUENCE OF TREATMENTS WITH TOO LITTLE ENERGY?

Experience shows that hairs whose germ cells have not been completely destroyed grow back much brighter and thinner (miniaturized hairs). What may be less annoying for some people is very annoying for others. The thinner and lighter the hairs become, the more difficult they are to remove. In addition, the number of necessary treatments often increases significantly.

WHAT ROLE DOES HAIR COLOUR PLAY?

The dye melanin in the hair – responsible for the hair colour – serves as a heat conductor during the treatment. The darker the hair (the more melanin), the better it can be treated. As a rule of thumb: the lighter the hair, the higher the demands on the performance of the treatment device. Red hairs can often only be removed temporarily and white hairs cannot be removed at all because they lack melanin.

GENETIC AND ETHNIC (OR EVEN HORMONAL)

Due to the increased body hair ( hypertrichosis/ hirsutism ) the affected persons often find it aesthetically disturbing. The removability of the hair is based on the fact that the hairs (mainly in dark-haired people) have stored a lot of melanin during the growth phase or have dark pigmentation. The light pulse now selectively heats the corresponding hair and thus destroys the surrounding hair-forming structures.

However, since only a part of the hair is always in the growth phase, several sessions (at intervals of several weeks) are necessary. The disadvantage is that blond and grey hairs often defy treatment. However, their hair is also less visually disturbing. A limiting factor is that the experience goes back only to 1996 and that a part of the hair follicles is only miniaturized and not completely destroyed.

The pheomelanin present in blonde and red hair differs in its absorption maximum, so that these hairs hardly or not at all respond to laser therapy. The same applies to (unpigmented) light grey and white hair.

For selective absorption to occur in the hair follicle, the hair must be sufficiently pigmented and the irradiation parameters used must allow sufficient energy to be deposited in the follicle. Longer wavelengths between 700 and 1000 nm penetrate deep into the dermis, can thus reach the follicles and are also sufficiently absorbed by the target chromophore melanin.

HOW DOES PERMANENT HAIR REMOVAL WORK? 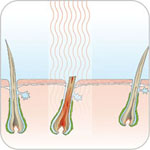 Fig. 1: Application of PhotoNova on the surface to be treated 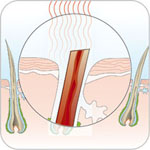 Fig. 2: The melanin of the hair absorbs the light and transforms it into heat 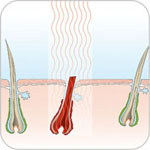 Fig. 3: The temperature of 70°C reaches the hair follicle and destroys the germ cells 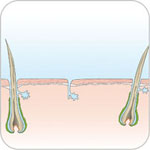 Fig. 4: The hair follicle dies and does not grow back